Showing posts from November, 2012
Show all

Gaslight Musings on a New Campaign 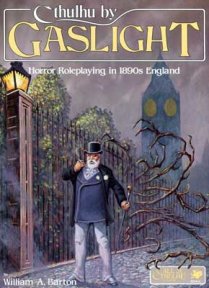 I'd done some soliciting recently for a Call of Cthulhu game. A little less than two weeks ago we kicked off our first session. I believe it went pretty well, especially considering some brand new faces at the virtual gaming table. I'll confess to having mixed feelings about gaming on the internet. There is something really nice about having people around a physical table, the sound of rolling dice, the shared meals. That said I would have a difficult time pulling that off at this stage of my life. And there are some definite advantages to gaming online. The pool of players is greatly expanded - at our most recent game we had players from the American South and Southwest with my brother and I here in Massachusetts. It's allowed me to stay in touch with players who have moved away, whether they continue gaming with me or not. The past few months have been abysmal as far as keeping to a regular schedule on this blog. Life happens. My wife is working again which is absol
Post a Comment
Keep reading 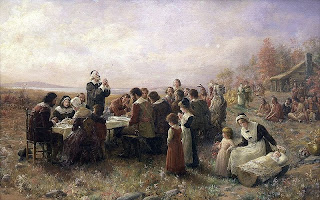 Today is Thanksgiving here in the United States. Our Canadian neighbors celebrated it a month ago. Here in the United States the general story is the Pilgrims who settled at Plymouth and the Wampanoag tribe had a feast of thanksgiving. Being the history geek that I am I've done some reading on what the European settlement of America was like. As a gamer, I'd often thought of doing a game along those lines and did run a brief one about a fantasy version of a Viking settlement in a fantasy analogue of Manhattan. My own research has revealed an awful lot of myths about the European settlement of the Americas. The biggest one in my opinion is that the Americas were an untamed wilderness. The Native American method of using the land was definitely different  from the European one but they most definitely made large changes to the land - one of the better known things they did was perform controlled forest burnings. Where does such an idea originate? Here I'm not particul
1 comment
Keep reading 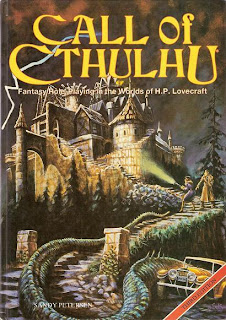 I've already done a review of Chaosium's Call of Cthulhu game. But given I've been a bit AWOL in my blog of late and part of the reason has been prep for a Cthulhu game it seemed reasonable to do a review of one of the older versions of the game. For me, this was my first exposure to Call of Cthulhu. I received it as a Christmas gift from my parents back when I was in high school in the mid- to late-80s. (Now that I think of it I also once received a complete Edgar Allan Poe collection from my wife - I get some creepy gifts.) This was not my Chaosium RPG now that I think on it - I know I had Ringworld and had also played Elfquest by this point. ( Elfquest is another property I'll need to discuss at some point - as I recall it was rather big back in the 80s.) I really don't know how it was my parents came across this version of Call of Cthulhu  - it is my understanding that the 3rd edition was the Games Workshop version and was a UK-based release (though I am
1 comment
Keep reading
More posts