Showing posts from November, 2014
Show all

Lovecraft and the World Fantasy Award 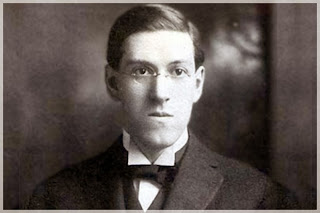 HP Lovecraft (from wikimedia) I've been following some of the debate around the World Fantasy Award trophy for various forms of fiction being a bust of HP Lovecraft. The controversy seems to have taken off when Nnedi OkoraforNigerial-American Nnedi Okorafor one the award for best novel in 2011. Another writer,  Daniel Jose Older, began a petition for the bust to instead honor African-American writer Octavia Butler. Why the controversy? As it turns out, Lovecraft was a racist. I would say he was one even beyond the standards of his time, a far from enlightened time, which saw the rebirth of the Ku Klux Klan (an organization he professed to admiring). You can sense his fear of corruption from mixing of the races throughout his works. "The Shadow Over Innsmouth", probably my favorite Lovecraft work, is a particular example of this, with interbreeding between humans and Deep Ones. I'll let one of Lovecraft's poems speak for itself: On the Creation of Niggers
1 comment
Keep reading
More posts