My plan to start a narrowly-focused blog took a turn when I had the opportunity to join the Rolling Boxcars blog. Talking with the contributors (one of whom I game with on Discord already) and going through their archives…
2 comments
Keep reading

Call of Cthulhu Actual Play: Against the Cthulhu Cult of Boston 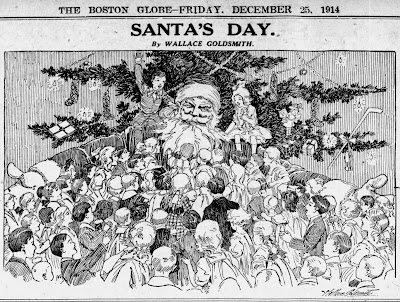 I'll be making a small adjustment for this actual play. I'll be focusing less on what happened during play - though I will cover that - and more discussing the makeup of the adventure. I think that is probably more of interest to my readers.

One of my players commented how she didn't recall any adventures actually involving Cthulhu. With our previous adventure featuring some Thralls of Cthulhu that seemed a great opportunity to make use of the worldwide Cthulhu Cult.

Adventure Notes I started with the ending - I had a vision of cultists trying to rise R'lyeh in Boston Harbor. Yes, it's supposed to be in the Pacific Ocean but I decided to adjust that and say R'lyeh is an extradimensional place. It is perhaps easiest to rise from the Pacific, but if the stars are right, it can be risen out of any water. I knew they'd need a tome so I broke the adventure into two parts - the first concerning them acquiring the tome they needed and the second them making use o…
Post a Comment
Keep reading

Malleus Monstorum is essentially a "Monster Manual" for Call of Cthulhu. It is divided into various classifications, such as servitor races, independent races, gods, animals, etc. It has a lot of creatures from the works of HP Lovecraft, August Derleth, Clark Ashton Smith, Frank Belknap Long, HG Wells, Bri…
Post a Comment
Keep reading

The Great Molasses Flood in Call of Cthulhu 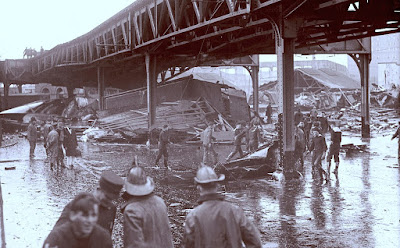 Today, January 15, 2019, marks the 100th anniversary of the Great Molasses Flood in Boston. On that day, around noon, a massive tidal wave of molasses flooded the North End neighborhood. Supports for elevated trains were damaged, buildings toppled. Twenty one people died and around 150 were injured. I've written of this before in my review of Stephen Puleo's Dark Tide, the best (and one of the only) source of information for this disaster.

I find Boston of the 1910s to be a fascinating period in history and have been running a Call of Cthulhu campaign set in 1914 - it's about to reach 1915. They might eventually merge with a previous campaign, one that began in France at the end of World War One - but whose second adventure was about the Molasses Flood.

What makes the era so fascinating? It was a time of extreme tension. Immigrants were pouring into cities and traditional power bases were being disrupted as the immigrants found their voices. It was also a time of extreme …
1 comment
Keep reading 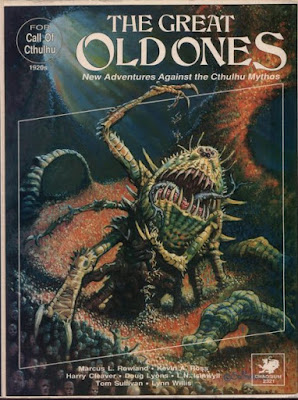 Though based in Boston, the investigators do make occasional forays. When an opportunity to acquire a forbidden tome in Biloxi, Mississippi arises, the Watch and Ward Society sends one of their agents and her allies. Professor Victor Davies was willing to donate the Vishakhapatnam Fragment to Harvard University in return for access to some of Harvard's restricted texts. Not a perfect deal, but the chance to take the Fragment out of circulation could not be ignored.

Based on the adventure "Still Waters" by L.N. Isynwill and Doug Lyons from Chaosium's TheGreat Old Ones book.

Film Review - Spider-Man: Into the Spider-Verse 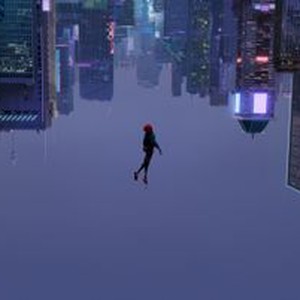 Spider-Man: Into the Spider-Verse is easily my favorite Spider-Man film, one of my top superhero films, and one of my top animated films.
It’s a rare film - one that takes a lot of chances and wins. My younger daughter, aged 13, is a superhero fan, though more in the DC camp, loved it. She chose to see it a second time over an Aquaman viewing.
So what about it is so awesome? I’m going to go into some spoiler territory here, though I’ll try to keep it mild for those who haven’t seen it (go see it).
I’ll start with the animation/style. Into the Spider-Verse feels like a comic book made into a film. It features text captions, comic books, multiple panels on the screen at once, etc. With multiple Spider-beings from different universes, it gives them all their own art styles - Spider-Man Noir, from an alternate 1930s, is in black and white. He literally cannot see color. And where he goes the wind follows. And it smells like rain. Peni Parker and her SP/dr suit are presented in a quasi-ani…
1 comment
Keep reading 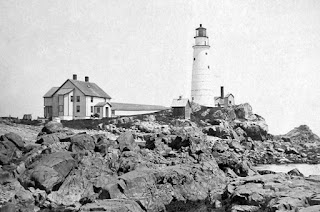 Not all tales of the Mythos involve a world-shattering threat. Some are mysteries as to why people become someone they weren't previously. Sometimes this answer is more than the questioner can handle.

Inspired by the adventure capsule "People Change" from Chaosium's Escape from Innsmouth adventure.