Showing posts from March, 2013
Show all

Death and Resurrection in Gaming 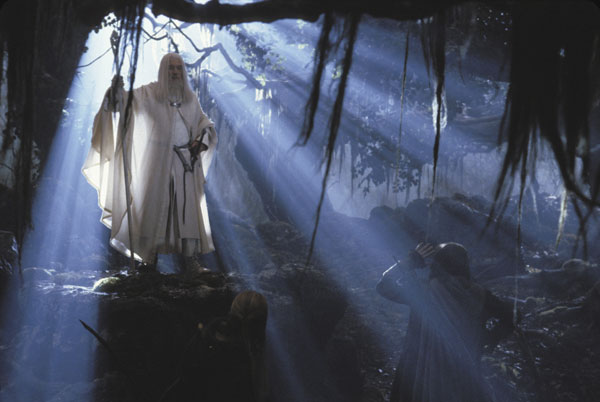 I threw down my enemy, an he fell from the high place and broke the mountain-side where he smote in his ruin. Then darkness took me, and I strayed out of thought and time, and I wandered far on roads that I will not tell.  Naked I was sent back - for a brief time, until my task is done. - J.R.R. Tolkien, The Lord of the Rings - Gandalf describing his death and resurrection.

Now that very day two of them were going to a village seven miles from Jerusalem called Emmaus, and they were conversing about all the things that had occurred. And it happened that while they were conversing and debating, Jesus himself drew near and walked with them, but their eyes were prevented from recognizing him. - New American Bible, Revised Translation, Luke 24:13-16
If I were smart and planned my blog a week in advance this idea would have come to me way earlier. When I was reading Swords & Wizardry yesterday, in between prepping for reading at Easter mass this morning, I came across this:

Swords & Wizardry is one of the earlier Dungeons & Dragons retroclones, designed to emulate the flavor of the "pre-AD&D" incarnation of Dungeons & Dragons. My memory may be a bit fuzzy, but I'm pretty certain it came out early in the days of D&D 3.5 as people realized the d20 System Reference Document and the Open Game Content of that could be used to reverse engineer older versions of D&D. I believe at that time the original edition of D&D was available as a PDF download from RPGNow, though it may have been made available at a later point. The original D&D books and supplements were pulled from RP…
1 comment
Keep reading

March 28, 2013
If you've the funds and the inclination, Randall Stukey, author of Microlite 74 and the RetroRoleplaying Blog is having a fundraiser to help pay for the cost of his wife's cancer treatments. He's offering some pdf goodies he's generated as well as a lottery of some original D&D merchandise. 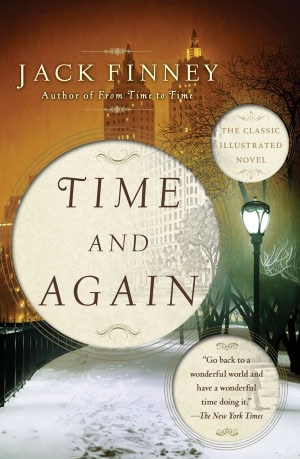 I was looking for some good inspirational material to help me with a Call of Cthulhu adventure set in 1890s New York City. One book suggested to me was the late Jack Finney's Time and Again.

To be honest, I was altogether unfamiliar with Mr. Finney's work, though a quick bit of research revealed he had written the novel The Body Snatchers, the work upon which the various Invasion of the Body Snatchers films were based.

Time and Again tells the tale of Simon "Si" Morley, an artist employed in advertising who receives an unusual offer which turns out to be part of a government time travel project.. Si is from the early 1970s, the time when this book was published. I found it interesting that in addition to getting a glimpse of New York of the 1880s (more on that later), I also received a view of New York City of the early 1970s, a time period which saw me as an infant and toddler. It's interesting to see how things have changed in the 40+ years since then - casual …
Post a Comment
Keep reading 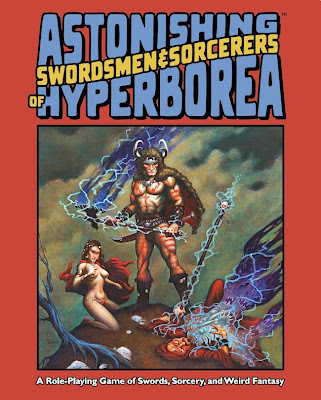 A new contender for the RPG with the longest name seems to be Astonishing Swordsmen & Swordsmen of Hyperborea, published by North Wind Adventures. I'd faded a bit from keeping an eye on the D&D-like side of gaming for a while after my Dungeon Crawl Classics game fizzled - not that it wasn't a blast but we couldn't get a consistent quorum.

Like other games such as Swords & Wizardry, AS&SH clearly has as its starting point original edition D&D. However, unlike many of those games, this is not a slender tome. The boxed set is impressive, dominated by two thick spiral bound books, giving you nearly 500 pages of content.

Before I dive into the contents of the books let me give some overall impressions, something I'll return to later. AS&SH feels, to me, like an alternate path of D&D. If you were to take original edition D&D just before AD&D came out and dial up the Conan/Lankhmar influences while dialing down (to almost zero) the Tolkien…
3 comments
Keep reading
More posts