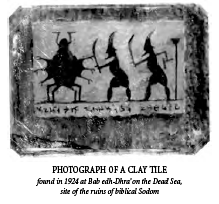 Malleus Monstorum is essentially a "Monster Manual" for Call of Cthulhu. It is divided into various classifications, such as servitor races, independent races, gods, animals, etc. It has a lot of creatures from the works of HP Lovecraft, August Derleth, Clark Ashton Smith, Frank Belknap Long, HG Wells, Brian Lumley, Ramsey Campbell, etc. Some of the species presented are quite surprising, like Wells' Martians and their Tripods from War of the Worlds.

Not only are the main deities of the Mythos included, but many of them have multiple avatars presented for them - with several for Cthulhu and even more for Nyarlathotep.

The book has a number of appendices - one of the more useful ones is advice for adapting creatures from other sources, such as creatures from Doctor Who and Star Trek.

The most logical 7th edition book to compare this with would be S. Petersen's Field Guide to Lovecraftian Horrors. That work is a much more gorgeous book but is also more narrowly focused - it is more of a spotter guide with a much smaller number of creatures.

I greatly enjoy the Malleus Monstorum both for its game stats and as an inspiration. It is great to have stats for most every creature one could want for the game all in one place. I personally have a tendency to use these stats as a starting point, adjusting them to fit the needs of a given scenario. I'd love to see Chaosium release a version of the book for Roll20 - it'd be great to have a library of stats available for online play.

Malleus Monstorum is also a great book for inspiration. The non-traditional artwork, while not dense, serves as a great source of ideas, as do the sheer number of creatures. The descriptions of the creatures are also great for mining for scenario ideas. I've had many scenarios originate from spending some time with this book, coupled with contemplating interesting ways to use the beings within.
call of cthulhu rpg review