My plan to start a narrowly-focused blog took a turn when I had the opportunity to join the Rolling Boxcars blog. Talking with the contributors (one of whom I game with on Discord already) and going through their archives (some of which I was already familiar with) quickly showed a good match. Add to it a modest Patreon and a Discord Server with an interesting community and I was very pleased with what I found.

I've already written my first article for that blog which will go live in March and I anticipate about 3-4 articles per month - a little bit less than me at my peak here, though that peak proved brutal to maintain. I'm not going to deactivate this blog and it is possible I might make an occasional update here if I've something of an extremely limited interest. I've also been giving some thought to trying some occasional writing on  Medium for some politically related posts - something I've tried to stay away from on this blog.

Thank you to everyone who read one or more of my posts, commented, and linked. Like I said, I'm not writing in pursuit of a massive audience, but it sure is nice to know some people enjoyed what I've had to say. I hope you'll follow me and others on the Rolling Boxcars blog.

While I'm tempted to end with a Hobbit quote about roads, I find myself thinking about Stephen King and The Dark Tower. So I'll leave you with words of wisdom from that work...

The man in black fled across the desert, and the gunslinger followed. 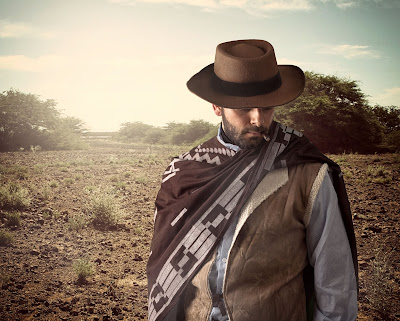