I Ain't Afraid of No Ghosts: Setting up a Ghostbusters Franchise 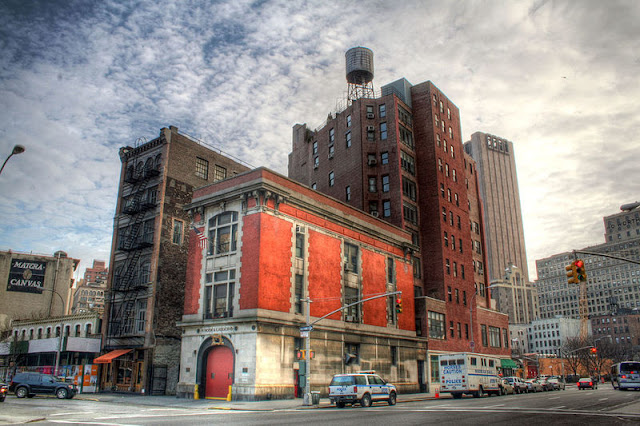 With out group due for at least a few sessions of Ghostbusting, there's some important decisions we need to make - when and where is our franchise?

A little background - the premise of the Ghostbusters RPG is the characters have their own Ghostbusting franchise, located wherever the group chooses to place it. After all, the key to being profitable in Ghostbusting is in the franchise fees... There is also the matter of when. The RPG assumed "the modern day" but it's worth noting that that represented the mid-1980's at the time the game was published.

Our previous session took place in the mid-1980's in New York City. The idea was the original Ghostbusters were not in town and it fell to our heroes to fill in for them.

We'll be figuring out the "permanent" timeframe and location for our game in our next session. My best guess is we'll go with modern day New York City - given we're located along the eastern seaboard of the United States, there is no "home city" for us to use. New York makes for a good home city - there's a basic familiarity with it for most and two of us were actually born there.

Time period is a little bit up in the air - something we'll discuss further. Early betting seems to favor a modern day game. This would be in the original Ghostbusters timeline, not in the reboot, so that it can have been many years since the city was threatened by ghosts. We can also assume that the original Ghostbusters have retired, giving our heroes a chance to man the iconic firehouse - at a time that seems like there's no more Ghostbusting to be done... Should we set the game in the 1980's, the original Ghostbusters are far to busy doing important work like talk-show interviews to waste their time hunting the supernatural...
Ghostbusters